Why Should You Learn English As A Second Language

Choosing another language to learn can be a difficult decision since there are so many languages out there. It is essential that you select a language that will help you to gain mileage and enhance your career opportunities. One such language that helps in widening different opportunities is English. While it is true that you have to invest both time and money to learn English properly, it is also vital that you learn it from native English speakers. One of the best places to learn English is in Australia and here are five reasons why you should invest time and money to learn the language.

So next time, when you think English is too difficult to study while knowing it would be beneficial for you, do not step back. Look for Melbourne Metropolitan College in Australia to learn English from native speakers.

Why Opt For Diploma in Business Administration Over MBA? 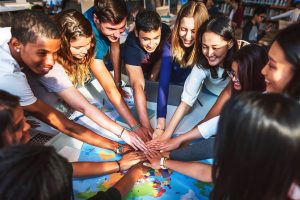 Why Opt For Diploma in Business Administration Over MBA?