Many overseas students who come to study in Australia get to know about a new word they never hear of before “Daylight Saving”? Does this imply that we must preserve daylight? or does it imply employing solar panels to gather sunlight throughout the summer? None of the above. So, in this post, we’ll go over all you need to know about Daylight Saving Time in Australia.

What exactly is Daylight Saving Time?

During the summer, Daylight Saving Time (DST) causes the clocks to advance by one hour. The goal of daylight saving time is to have one more hour of daylight in the evenings. It makes your day feel longer and also helps to preserve power, thereby saving the world a little.

When did it all begin?

In 1895, George Hudson, a New Zealand astronomer, suggested the concept for the first time. Residents in Port Arthur, Ontario, Canada, however, were the first to use it in 1908.

Daylight Saving Time (DSI) was first observed in Australia in 1916. Although it wasn’t until 1967 that daylight saving time became more common following a drought in Tasmania. In the 1970s, other states adopted the practice.

In Australia, which states and territories observe daylight savings time?

In Australia, the following states and territories observe daylight savings:

So, if you live in any of the following states: X Queensland X Northern Territory X Western Australia

Except when traveling interstate or interacting with people from states and territories that observe daylight savings, you do not need to be concerned with daylight savings.

When does Daylight Saving Time in Australia begin and end?

How should I proceed?

You normally don’t need to adjust the time on your mobile devices since your mobile network operator does it for you.

If you live in an area of Australia that does not observe daylight saving time, you do not need to take any action.

When daylight saving time begins, you lose an hour of sleep, but you get it back when it ends.

Is this having an effect on your health?

However, some studies suggest that it might temporarily disturb your sleeping routine, dietary habits, appetite, and so on.

There is no scientific proof that it is harmful to your body. When daylight saving time begins, you may feel exhausted as a result of a loss of sleep. It may also take some time for your body to acclimate to the new schedule.

Have Questions? Send us a message

Ask us anything about studying in Australia, how to get a Student Visa, or information about our courses (it’s free!). We’re always ready to help. 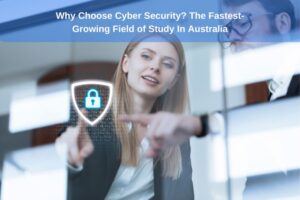 Why Choose Cyber Security? The Fastest-Growing Field of Study In Australia

Diploma Course in Australia: Its feature, perspective, and impact on the world economy especially in the Australian Job market